The U.S. National Team returns with a hand full of medals following a very successful trip to Austria.

First, Collegiate National Team Athletes Darren Skolnik and Melina Costanza capitalized on the World University Sport Climbing Championships. Skolnik striking first by claiming the silver medal in the Speed Climbing portion of the event and Costanza following up with her own silver medal from Lead finals the following day.

There was no shortage of success here either after four of the U.S. Paraclimbing National Team members made it into finals and then swiftly locked down four podium positions including Ben Mayforth’s first World Cup gold medal! 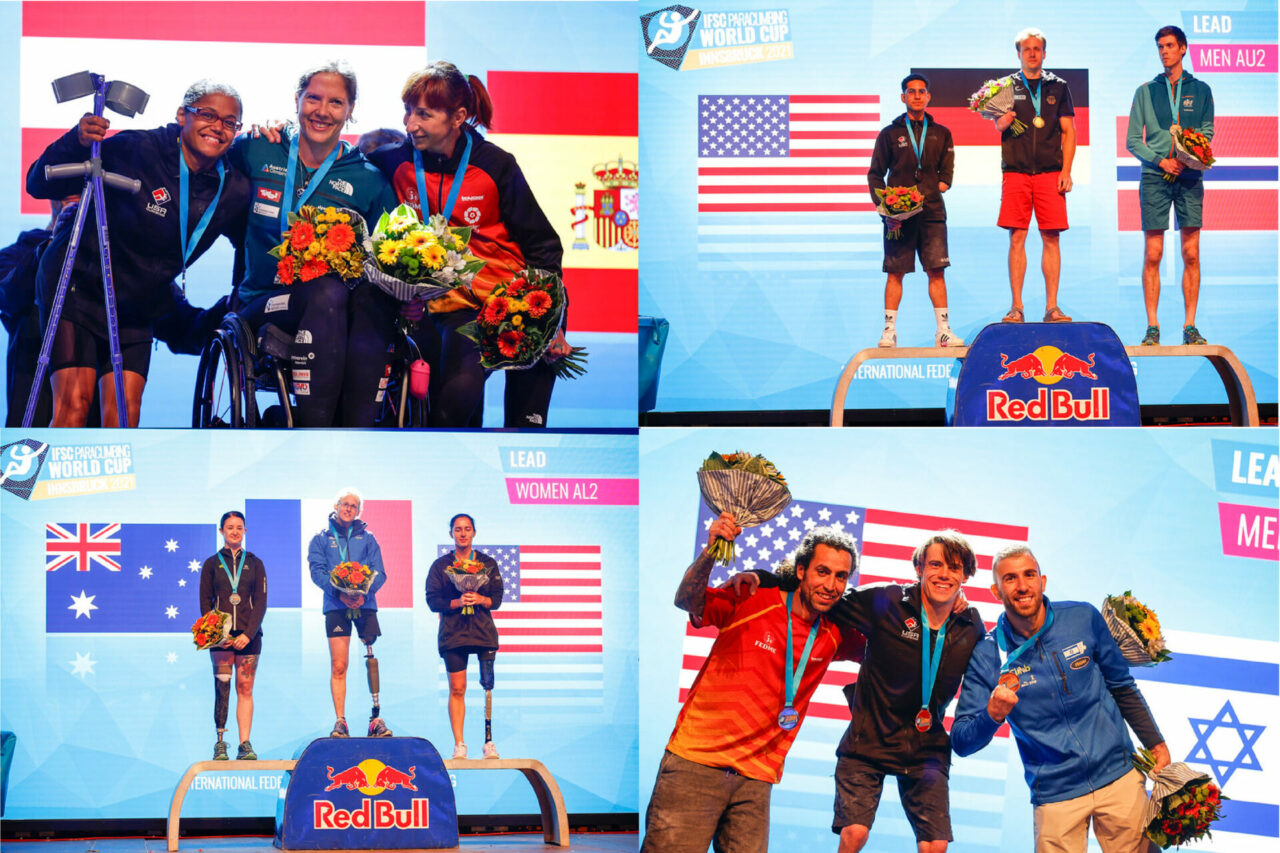 This set the stage for the remaining Boulder and Lead World Cup events to round out the rest of the week.
For a more detailed recap, click here to check out climbing writer, John Burgman’s wrap-up for the Innsbruck World Cup events.

Colin Duffy certainly made the most of his time in Austria.
He showed up to win and boy did he ever!
After claiming the Gold in Men’s Boulder Finals, Duffy went on to an amazing repeat performance during the Men’s Lead event, once again walking away with Gold and becoming the only male competitor to win gold for bouldering and lead in the same World Cup event! 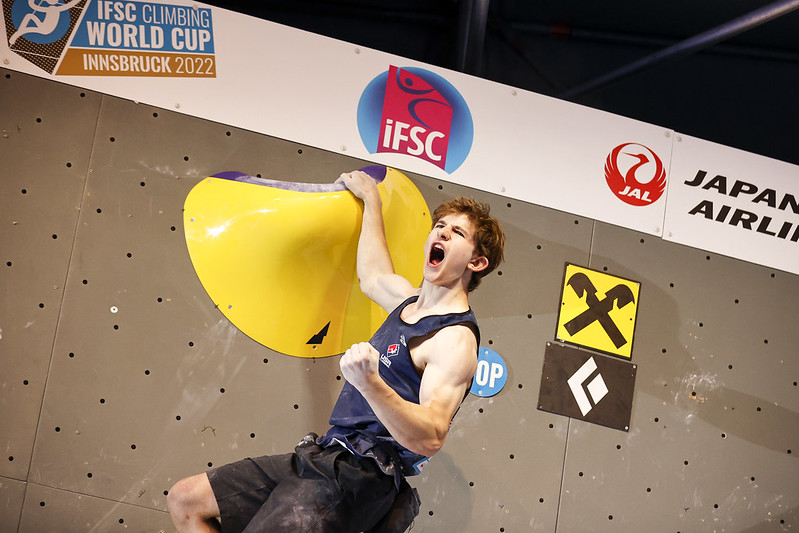 Duffy wasn’t the only one that walked away with a top spot though. After a bit of a showdown during the women’s bouldering event, Natalia Grossman went on to continue her streak of collecting medals by claiming the top spot in boulder finals. 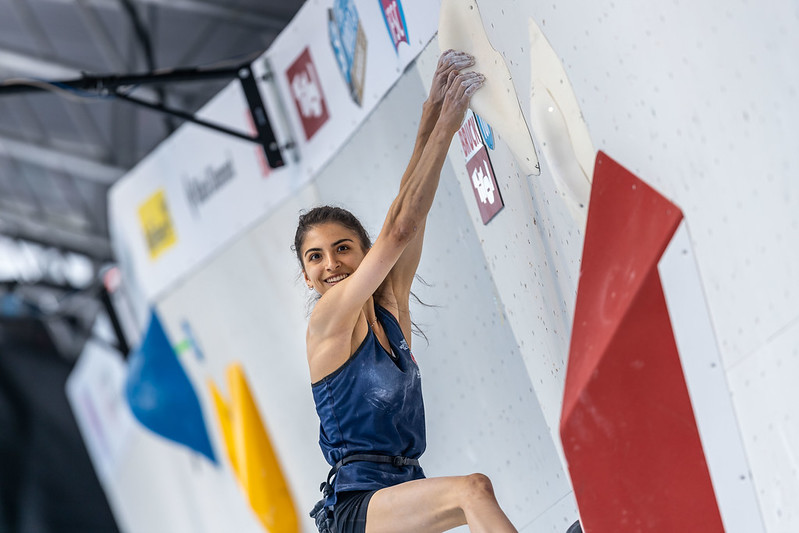 While Brooke Raboutou just barely missed out on boulder finals (landing one spot outside of qualifying), she certainly made up for it as she and U.S. Men’s athlete, Jesse Grupper found their stride during Lead qualifiers. Both athletes were able to cruise their way to finals and pick up the third place podium positions. This would also be Grupper’s first time medaling during a World Cup event! 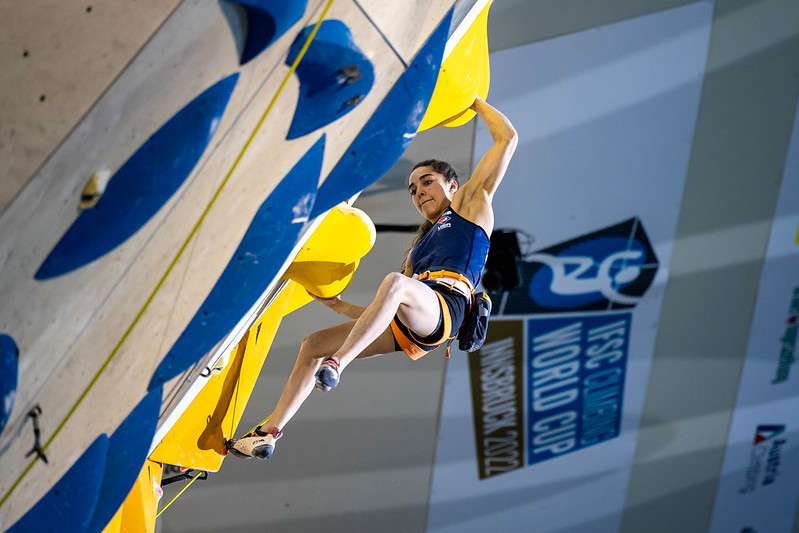 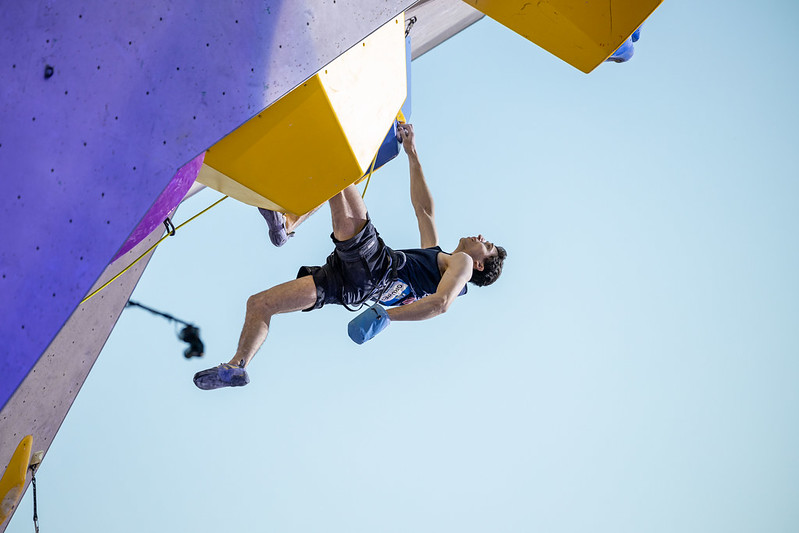 Photos courtesy of the IFSC and photographer Jan Virt. Click here to check out all of the photos from the 2022 World Cup event in Innsbruck.