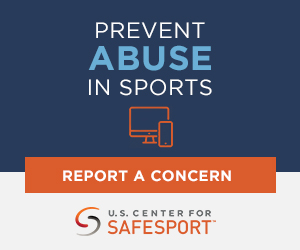 Established in 2017, the U.S. Center for SafeSport is the independent and exclusive authority directed by Congress to prevent and respond to all forms of abuse and misconduct within the U.S. Olympic and Paralympic Movement. The Center is an independent, nonprofit 501(c)(3) organization headquartered in Denver, Colorado. The Center receives, investigates, and responds to reports of abuse and misconduct from individuals affiliated with the U.S. Olympic and Paralympic Committee (USOPC) and its National Governing Bodies (NGBs). The Center ensures that the USOPC and NGBs properly apply policies and procedures to govern abuse prevention and maintains a database of individuals sanctioned from participation in their sport. Throughout the Olympic and Paralympic Movement, the Center trains athletes, parents, coaches, volunteers, and organizations at all levels on best practices and principles for preventing abuse in sport settings. In doing so, the Center advances its mission of making athlete well-being the center of our nation’s sports culture through abuse prevention, education, and accountability.

Additional information on the Center’s services to National Governing Bodies can be found here.

While USA Climbing is tasked with implementing the Center’s Policies and Procedures, as well as education for the USA Climbing membership, any report of allegations of abuse will be sent to the Center. For any questions, please contact Sharlee Strebel, USA Climbing Membership and Safe Sport Manger, at AthleteSafety@usaclimbing.org.

The SafeSport Code establishes consistent standards of response and resolution to abuse and misconduct claims across the U.S.Olympic and Paralympic Movement,whose affiliated individuals must comply with policies and procedures as defined by the Code.

The Minor Athlete Abuse Prevention Policies (MAAPP) is a collection of prevention and training policies that bind adult participants and organizations in the U.S.Olympic & Paralympic Movement. The SafeSport Trained Core Training and refresher courses are accessed from within an individual’s USA Climbing account.

The Center has exclusive jurisdiction over all reports of sexual abuse and child abuse within the U.S. Olympic and Paralympic Movement. Report here if you have reasonable suspicion of sexual misconduct harassment, child abuse (including childsexual abuse), or intimate relationships involving an imbalance of power.

The Center has discretionary jurisdiction and will accept reports of emotional and physical misconduct (including but not limited to bullying,hazing, stalking, and harassment)within the U.S. Olympic and Paralympic Movement. If the Center does not assume jurisdiction it has a process to route the allegation to USA Climbing for Response and Resolution.

Reports of emotional and physical misconduct and MAAPP violations can also be reported directly to your sport’s national  governing body (NGB) here.

The U.S. Center for SafeSport’s Centralized Disciplinary Database is a resource designed to keep the public informed when individuals connected with the U.S. Olympic & Paralympic Movements are either subject to certain temporary restrictions pending investigation by the Center or are subject to certain sanctions after an investigation found them in violation of the SafeSport Code. The database also contains certain eligibility decisions made by the National Governing Bodies (NGB), their Local Affiliated Organizations (LAO), or the U.S. Olympic & Paralympic Committee (USOPC), including those rendered prior to the establishment of the Center. 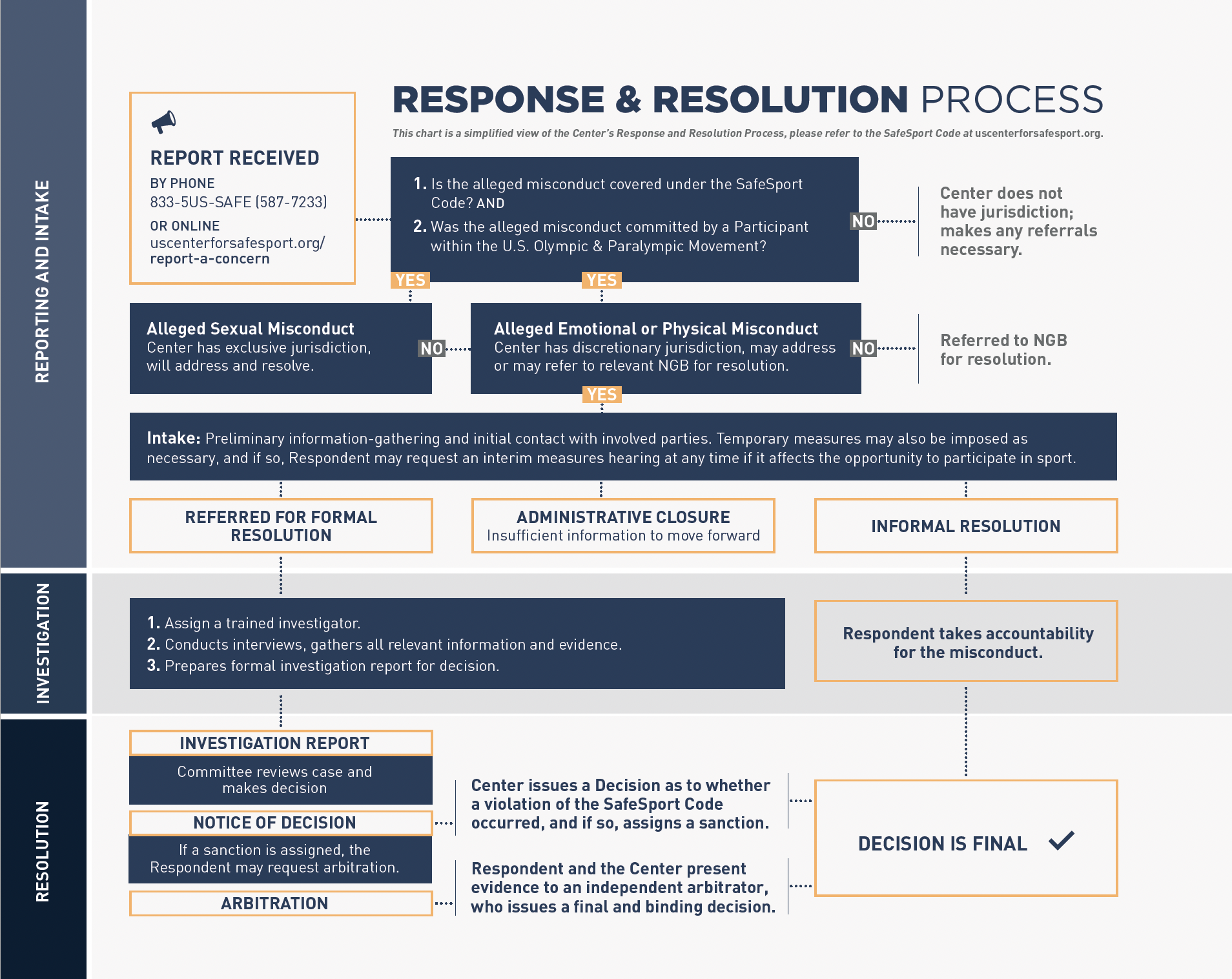 This flowchart outlines key stages the Center follows, based on varied scenarios, in responding to and resolving a report of abuse or misconduct. Visit here for more details.